I understand how traumatizing, mind-bending and gut-wrenching it is when we are lied to continually by a narcissist. I was, once upon a time, perplexed, sucked in and manipulated until I learned what I am sharing with you in this video today about what narcissists do to feed their ego.

It is my greatest wish that this video of narcisme.blog grants you hope and a way through from the devastation of someone else’s lies.

This presentation contains images that were used under a Creative Commons License.

This personality trait is characterised by an excessive admiration towards oneself, and, on occasion.

It can be considered pathological because it can lead to a toxic relationship with those surrounding such individuals.

But narcissism is also reflected in concrete patterns of behaviour. In this article, we will focus precisely on that: the things that narcissistic people do.

Those people with this very marked trait are excessively aware of their own desires and needs and can become proud of being so, as revealed by a study by the University of Indiana in 2014.

Narcissists may seem very confident people, but in reality, they feel empty and put on a mask to hide their insecurity.

They are not what they appear to be, but they are all facade.

Now, narcissists are people who often make friends quickly, being able to become sweet at first.

In the long run, but they have severe difficulties in maintaining relationships because sooner or later, their real personality comes to light.

Narcissists need other people to feel admired. But how do narcissistic people behave? What habits or behaviours do they perform frequently?

1. Project an image of superiority to feed their ego.

If something characterises narcissists is their attempt to give a perfect image of themselves and often show airs of superiority.

They always care about looking healthy and fashionable, and they are usually materialistic people who like to become famous.

They seek attention continuously, and so they dress impeccably. Even to the point of sacrificing their own narcissist needs.

2. They want to be the best in everything.

Narcissists are not humble people and tend to have very high goals, because they like to stand out and, as I said in the previous point, also show an image of superiority.

They go to the best doctor, to the best hairdresser, to the best restaurant … But not because they consider them to be of better quality, but to brag about it and immortalise that moment to upload it to social networks.

The first image we show someone determines the confidence we can have with one person in the initial moments and favours contact with the other person. Narcissists are people who tend to worry about making an excellent first impression, although later they show their real personality.

In the initial moments of a relationship, they can be sweet and affectionate. Over time, this trend disappears.

4. Do not accept criticism.

Nobody likes to receive criticism, but sometimes they can be constructive and useful for those who receive them.

But narcissists often get defensive when they receive criticism, and may even show an aggressive attitude.

This happens because they feel that their fragile ego is being threatened.

5. The narcissist thinks he or she knows everything and can be uncompromising.

Narcissists are people who can become uncompromising and have the need to show that they know everything and that they are always right.

They are people with a lack of empathy, although they may be sweet at first.

In fact, they tend to be little tolerant of other people, since they think only of them. The first is them, and they never give in to others.

6. Do not take into account the needs of others.

Narcissists are too eager to look at their navel.

Therefore, ** they have no time to think about the needs of others **.

This is a clear example of his lack of empathy, although it may seem otherwise.

When they care about other people, it is because they are interested, not because it is a genuine feeling.

7. The narcissist perceives narcissism as something positive.

Although much of the population believes that narcissism is not good at all, narcissists perceive this personality trait as something positive.

This is what some studies show, indicating that they have no qualms about describing themselves as cocky or arrogant. Studies also claim that they don’t care that others think that narcissism is terrible.

8. They believe that the world revolves around them.

Narcissists care for others to admire them, but they also believe that the world revolves around them.

That is why they are not concerned with the feelings of others because their attention is on themselves.

Although in the first initial contacts with a person they may seem warm, they are actually insensitive.

New technologies have meant a change when it comes to interacting with other individuals.

For narcissists, the use of social networks is an excellent opportunity to feed their ego.

For this reason, they are continually uploading selfies and uploading photos to their Facebook or Instagram accounts.

They try to get control over their social media friends, but that is almost impossible.

Taking selfies is not bad in itself, but narcissists spend a lot of time looking for the perfect photo and hanging selfies on social networks. A bad habit that, despite feeding his ego, is bad for his self-esteem.

According to one study, narcissists make use of social networks differently from other subjects, mainly for three reasons:

How to spot a narcissist?

Narcissists, as you have seen, carry out a series of behaviour and perform actions that characterise them.

Therefore, it is possible to detect them.

You can find some tips to help you know if someone is narcissistic with a simple question.

A seemingly harmless question that no narcissist manages to answer successfully.

It’s a question that, in the opinion of experts, manages to unmask any narcissistic person to whom the problem is formulated.

If you want to identify a person with narcissistic traits you have three options.

The first is to accompany this person to a  mental health professional who can diagnose their personality.

The second option is to learn to manage diagnostic tool of 40 items of Narcissistic inventory Personality and convince that person to respond to the test.

A study gives the key.

Obviously, these two options mentioned are a bit complicated to carry out for most mortals.

Fortunately, there is a third option, which also has the support of several scientific studies fresh from the oven.

Sara Konrath and her team at the University of Indiana, in the United States, have managed to develop a single-question diagnosis scale of narcissism.

This is not usual since the scales are usually made up of large quantities of items.

The scale that these academics have developed is the so-called Single-Item-Narcissism Scale (SINS).

When the news that Konrath and his collaborators had achieved a single-item scale jumped into the press, most academic and scientific circles were very sceptical.

They sceptical about the possibility that the question “Are you a narcissist?” could discriminate between those subjects with a clinically relevant propensity towards narcissism, and those who do not.

Above all, this seemed unlikely considering that narcissism is a complex and multidimensional personality profile.

Personally, my reaction to reading the headline in Psychology Today was to think: “Another yellow article.”

This generalised scepticism towards the study of the University of Indiana served to encourage several experiments that sought to deny or verify the results.

Thus, Sander van der Linden decided to conduct another similar study, this time with a sample of 2,000 people, to try to bring some light to this issue.

To the surprise of van der Linden himself, his study (recently published in the Journal of Personality and Individual Differences)  replicated the findings of the original research.

The conclusions were the following:

1. The scale of a single question correlated positively with the 40-items NPI, of much more complex structure. In summary, both scales proved to measure narcissism correctly.

2. A critical issue to note is that, while the scale based on the NPI model seems to confuse some cases of narcissism with normality or healthy self-esteem, the single-question range did not report any correlation with high self-esteem.

In other words, the measure does not seem to fail.

It does not capture people who may have some subclinical features associated with narcissism, that is, mild cases.

This is good news because with a simple question you can reasonably discriminate well against people with pronounced and unequivocal narcissism.

What is the typical response of a narcissistic person?

At this point where we know how the investigations were done and their proven reliability, I bet you want to know precisely what is the expected response from someone who has narcissistic features.

As we have seen, the question is much simpler than you might expect: “Are you a narcissist?”.

This is the question you should ask.

It may seem counter-intuitive because it is undoubtedly not very frequent that we ask someone directly about their personality traits.

We don’t do that as if that someone could not lie or have an unrealistic view of himself!.

But the truth is that the Narcissism case is quite unusual. 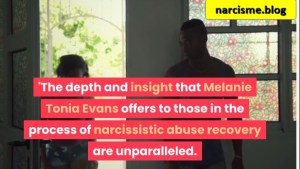 Narcissists perceive narcissism as something… positive.

Actually, narcissists do not consider narcissism to be something wrong or reprehensible.

In fact, they tend to be quite proud of it.

A good number of investigations have detected that narcissists often admit without objection that they behave in a narcissistic way.

Narcissists feel no discomfort describing themselves as cocky, arrogant, etc.

They even seem to strive to be more narcissistic!

It also seems that narcissists are aware that others perceive them less positively compared to how they see themselves, but they simply do not care. 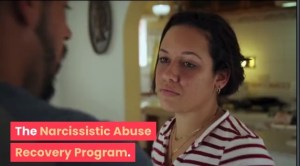 As you can deduce from all of the above, narcissistic people, tend to answer “ yes” to the question.

In this way, they claim themselves as narcissistic people and inflate their ego at the same time.

Obviously, the answers do not always coincide with the personality of the respondent.

Participants can lie, for any reason.

Besides, a simple answer does not indicate either the degree of narcissism or the “type.”

That is, an affirmative answer may be a clear statistical indication that we are facing a case of narcissism.

We all have one problem: it does not give us more information about it.

You can’t have everything: with a simple question, you rarely get an accurate, complete and nuanced answer.

In short, these studies have allowed us to determine that the question of the SINS scale does not offer us detailed data on the personality profile of the respondent.

It does measure the presence or absence of narcissism reasonably well.

From now on, when you want to know if someone in your environment is or is not a narcissist, you can try to ask the question: “Are you a narcissist?”

I’d love you to join me to heal from the narcissistic abuse, in powerful ways that you couldn’t have known existed yet – until you connect to them.

And, I’m really looking forward, as always, to answering your questions and comments below.